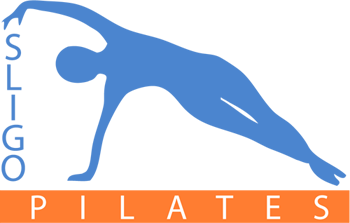 Pilates (pronounced: puh-lah-teez) is an intelligent form of exercise, developed by Joseph Pilates (see below), which emphasizes the balanced lengthened development of the body through core strength, flexibility, and body awareness in order to support efficient, graceful movement. It also improves your mental and physical well-being. In addition, pilates increases circulation and helps to sculpt the body and strengthen the body’s “core” or “powerhouse” or belly and lower back area.

What are the Pilates Classes levels?

Beginners Pilates
It is suitable for all ages and is ideal as an introduction to the Pilates classes. This level focuses on learning the fundamental principles of Pilates. You will enjoy no impact exercises resulting in improvement in your sense of body awareness and learn the preparation for many of the traditional Pilates mat exercises. These classes emphasize proper body positioning and good movement Mechanics as students practice the fundamental and beginning exercises.

Intermediate Pilates
In this class, you start to challenge your strength, coordination, and flexibility. It is essential that you have a fundamental understanding of Pilates. This is aimed at those who have participated in a beginner’s series and/or have had previous experience in Pilates. Participants who for health or personal reasons may not feel ready for the advanced class.

A multi-level class with modifications to enable you to work at your own pace. This is aimed at those who have participated in a beginner’s series and/or have had previous experience in Pilates. We have decided to leave this class open to both participants who have completed beginners and those who have completed an Intermediate class and we will be teaching between 2 to 3 different levels for all exercises in the routine.

Advanced Pilates
Mat and equipment sessions will move into more advanced movements. Students will build on level 2 exercises with an even greater demand for body/mind focus. These sessions will challenge and invigorate, expanding your awareness and creating a new level of conditioning and ability. This course requires students to be aware of integration and strength, while refining breath, joint release, centering and spinal alignment. We build upon our knowledge of the movement Fundamentals taught in Intermediate levels 1 & 2 and we use this knowledge and apply it to further strengthening and fluidity. You must be approved by the instructor to take this course.

The History of Pilates

Joseph Pilates was born in Germany. As a child with many physical problems his parents enrolled him at
gymnastic school. He became a very skilled gymnast and when he left school he joined the circus. By now he was also teaching boxing and there are records of him instructing the police force in the United Kingdom. When the First World War broke out like all German nationals he was held in an internment camp. Here he decided that the other detainees should exercise too and so he had everyone doing this exercise programme he had developed.

Interestingly there was very little illness in this camp where they were exercising compared to other camps where there had been a lot of fatalities due to an influenza epidemic. Word spread about this man and his exercise technique and he was moved into a hospital as a medical aid. Again he could not stand watching patients laying there wasting away, so he attached springs to the head of the beds and had them start exercising. The patients that were exercising got better quicker.

Following the war he went back to Germany but after a brief spell training the German police and the newly formed German army he decided he did not like the way Germany was developing so he left for America. He had met his wife Clara and they opened an exercise studio where he started teaching his exercise technique. The style of exercises attracted the dancers of the time. Martha Graham who was also developing her radical approach to movement and had a reputation as a revolutionist in the dance world allowed her dancers to attend Pilates’ studio. Later she would not be so keen, stories are told of these strong personalities clashing, but it is because of the popularity of Pilates’ method that it quickly became known as a dancers technique and through the years dancers have always used it not only to strengthen their bodies but also to rehabilitate after injury. Pilates never danced himself but the people around him obviously influenced his teachings, later in video footage of social gatherings with Pilates it is always dancers who were around him.

Pilates continued to develop his technique, eventually publishing a book that had thirty four movements in it, and it is this book that many instructors use as a reference point because he banned anyone teaching the technique but him. Many have claimed they own this technique through the years but courts in the USA have released the technique to the public as a generic exercise term just as Yoga is, no single person can own this technique. Pilates instructors continue to take the principles that Joseph Pilates originally developed and apply them to movement adding their own ideas and beliefs. I think this is the most exciting side of the technique, for me it has never been just about thirty four movements but a way of working. We now know so much more about how the human body works and I am sure that if Joseph Pilates was still with us he would be right there adapting and changing what he taught.

There are two main elements to a comprehensive Pilates programme. Matwork and Equipment based sessions.

Matwork can be carried out in the same studios that are utilised for other group exercise programmes. The only equipment you would need is a mat for each client. A Matwork programme is the perfect way to introduce Pilates to a club.

As with other programmes the instructor plays a key role. There is no substitution for having a personal trainer look at the way you are doing the exercise but this is not always possible and what I hope is that you can start learning the technique if you do not know it already and if you are a Pilates disciple maybe I can suggest ways to take the technique to a new level.

There are over 500 different exercises in a Pilates programme, many of which can be carried out in a group situation and others that require a more individual approach.

Pilates is not a quick fix and cannot be dealt with as such. The programme should be considered as a long-term investment that will allow you to profit far into the future.

The obvious benefit of such a large repertoire is that all levels of ability can be catered for over time. However clients need to take on board that although they may be able to run a marathon, they may have little or no core strength and as such need to start with the basics of the technique before moving on to the more challenging levels. In a group format the instructor will play a vital role in setting the pace of the class. A skilled instructor can run a mixed ability group well and safely, but they also need to appreciate the limitation imposed on them from working with larger numbers.

The Pilates Institute is proud of the research based programme that is the basis of their fundamental training programme.

The Pilates Institute faculty respect and acknowledge the original work of Joseph Pilates, but are keen to present his great method to a contemporary exercise population. The Pilates Institute Method allows for creativity and accepts that clients and students may for various reason be unable to perform the original repertoire as Joseph Pilates taught it.

The Pilates Institute research based technique adheres to a strict neutral pelvic alignment together with a mild contraction of the deep abdominals.

It is from this base that all modified moves in the foundation course develop , allowing motor control to open the way for muscle control as the student becomes familiar with the performance and instruction of the technique.

The Pilates Institute Method will help all participants to lengthen and strengthen muscle, improve core strength and quality or breath and allow everyday movement to be carried out with ease and elegance.

When sufficient core strength and ability is achieved students will have a firm foundation on which to build their Pilates training and education.

Text us on WhatsApp